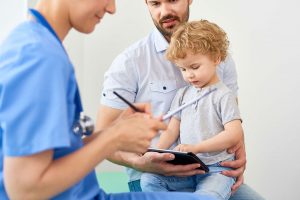 We support the immediate implementation of the #ChildrensFuneralFund.

“Brain tumours are the biggest cancer killer of children. We’ve worked with countless families that have lost a child to this cruel disease. Without the Fund, families already facing the devastation of losing their child face the added burden of worrying how they will pay for their funeral.” Khadijha, Support Specialist for little brainstrust

The Prime Minister announced the Children’s Funeral Fund in March 2018, but since then, nothing has been done. It can’t wait.

It’s been over a year since the Prime Minister Theresa May promised that parents whose child had died would no longer be plunged into debt or face the worry about how they were going to pay for their child’s funeral.  Following a tireless campaign led by Carolyn Harris MP, whose son Martin died at eight-years-old, and supported by CLIC Sargent and the Co-op, Mrs May announced in March 2018 that the Government would set up a Children’s Funeral Fund to cover costs for bereaved families. But nothing has happened and desperate families are still paying huge amounts to bury their child. Today (1st May) Carolyn will be raising the issue in a debate in Parliament and asking the Government how long bereaved families have to wait for the support they were promised.

In this time an estimated 4,700 children have died. With the average funeral costing £4,000, the failure so far, to deliver on the government’s promise will could have cost families up to an estimated £18 million on funeral costs in the past year.

Cancer is the most common cause of death by disease for children aged 1 to 15 years. In the time since the PM announced the Children’s Funeral Fund around 230 children will have died from cancer in the UK. The affected families could have paid out nearly £1 million in funeral costs even though a Children’s Funeral Fund is Government policy. Every day that this is delayed means more hardship and worry for parents already facing the devastation of losing their child.

We know that the Government has had other pressing matters to deal with but no parent should have to rely on loans or their friends and family clubbing together to pay for their child’s funeral. One mum whose baby died from cancer said that making your child’s funeral special is so important because it’s the last thing that you can do for your child because they’ll never have a prom, wedding or any other celebration.

This fund is so sorely needed as the Government clearly agreed so our simple question is – why has nothing happened? The longer implementing this Government policy is delayed the more families will have to pay through the pain. No family should have to pay to bury their child, together we urge the Prime Minister to end this delay and act now.

Paul Gerrard, Director of Campaigns and Public Affairs, the Co-op

Carolyn Harris MP has written here about why the Fund is so important, and you can read more on CLIC Sargent’s website.

Email khadijha@brainstrust.org.uk to find out how little brainstrust can support you and your family. We’re here to support you for as long as you need us. 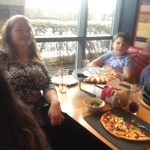 Children and families get together in SheffieldBrain News 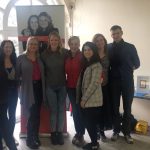