Geoff doesn’t consider himself a runner, he considers himself a friend.

“I have a friend who told me she had a brain tumour. All the support she received just made me realise that I needed to help people get more support in whatever way I could.”

When Geoff’s friend was diagnosed with a brain tumour, she spoke to him about the support she had received from brainstrust. Feeling inspired, Geoff set himself a year-long series of challenges to raise funds in support of everyone who has heard the words, “You have a brain tumour.”

“Over the year the plan was to raise as much as possible.” In February, the day after Storm Dennis hit, Geoff completed his first Half Marathon. “This was way harder than I thought it would be. Two weeks later, I was in Brighton for another Half Marathon! The atmosphere there was amazing. Shortly after, I completed a 10k at RAF Shawbury where I crossed the finish line through hail and a snowstorm. Next came Shrewsbury 10k, then lockdown was enforced.”

As April approached, the UK went into lockdown. Geoff, along with thousands of others, soon heard that he would no longer get to experience the thrill of being cheered on as he made his way to the finish line. Instead, the world looked very different. Geoff’s friend, and everyone affected by a brain tumour diagnosis, suddenly became even more vulnerable. At a time when all public fundraising stopped, our brain tumour community needed support more than ever. Geoff knew this, so he quickly adapted his challenges to continue his fantastic fundraising efforts.

“Since lockdown, of course all major events have been cancelled, but so many converted their event into a virtual one. I ran a virtual 100km event, several half marathons and half a dozen 10k races.” Alongside support from friends and family, Geoff has also been sponsored by three generous companies: TBSC, Gemini-Six and SAM Charter, helping to bring his fundraising total to over £1,300! Geoff now feels much closer to brainstrust and continues to be passionate about the community he is supporting. Geoff shared, “It has meant so much to me to be able see the support from brainstrust that my friend and others have received. I always feel there is more to raise and I have decided to continue to raise money for brainstrust in 2021.” 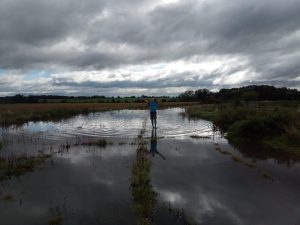 On Sunday, Geoff completed the virtual London Marathon. Of course, the event this year was far different to the one we all know and love. With a personalised route, Geoff pledged to complete the 26.2 mile challenge which he did with pride.

“I didn’t do too bad actually apart from running through a very large puddle nine times. It was ankle deep and very cold – this [picture] was the last loop and I had about 1.5 miles to go. I have been very hungry for the last few days but I should be on a run tonight.”

Looking to the future

Here at brainstrust, we are always overwhelmed by the kindness and generosity we receive from people like Geoff – people we couldn’t be without. It’s because of this that we were able to quickly adapt our services to ensure our vital support continued throughout the pandemic, and beyond. Looking ahead, Geoff shares his plans for the future as he sets his sights on achieving new personal goals, routed by his determination to strong, resilient and supportive of causes close to his heart.

“In October, I’m hoping to run in the Great South Run. Then I have a 25-hour ultramarathon endurance track race, just as the clocks turn back! In December, I have the Milton Keynes Half Marathon. It won’t be long before I start to train properly for Brighton Marathon in April 2021. I can’t wait to finish my first marathon, then I’ll re-start swimming lessons so I can take part in my first triathlon.”

As we cheer Geoff on into the New Year, we would like to thank him for everything he has done and continues to do in support of brainstrust and the brain tumour community.

Feeling inspired by Geoff? We’ve got a few places remaining in some 2021 races – check out our event calendar for more details. Email our Community Fundraiser, Sophie, if you want to chat about how you can support people with a brain tumour. 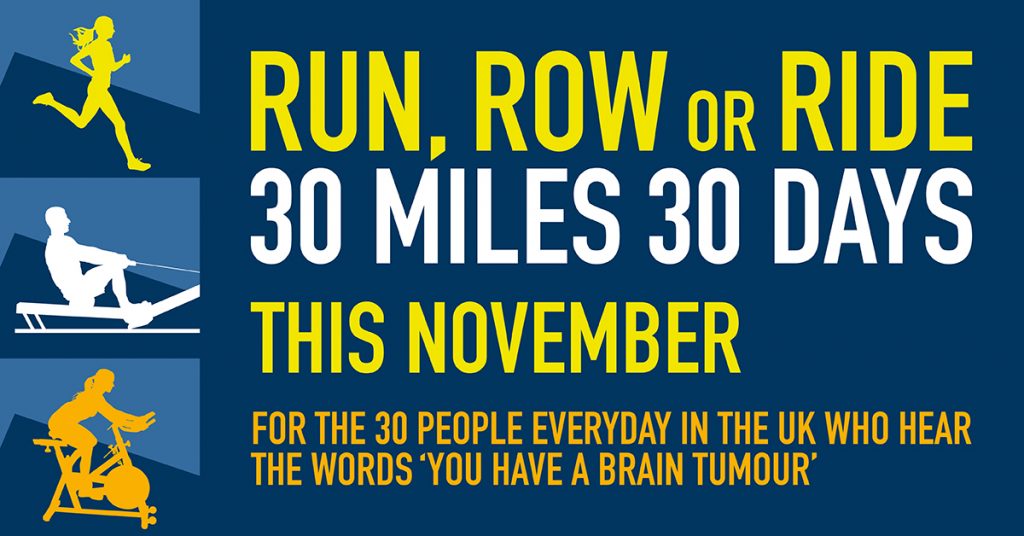 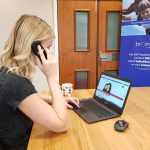 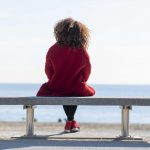