In late April 2018, Graydon Downs, Ian Hardy, Dan Howard and Richard Stewart tackled the daunting challenge that is walking the length of Hadrian’s Wall. The self-proclaimed ‘Three Tumours’ started their walk in Bowness-in-Solway on the West Coast and trekked 84 miles along the length of the Wall to finish on the 2nd May at Wallsend, Newcastle.

The four men from the North East took on trek to raise funds for UK brain tumour charities, including brainstrust. Each of them know all too well what life is like with a brain tumour, having all been diagnosed with aggressive and incurable brain tumours.

By taking on the 84 mile Hadrian’s Wall, Graydon, Ian, Dan and Richard raised more than £8000 for brain tumour charities across the UK. And on Wednesday 31st October, we were delighted to meet the group (unfortunately minus Dan, who was unable to make it), who presented brainstrust with a cheque for an incredible £2.807.31. 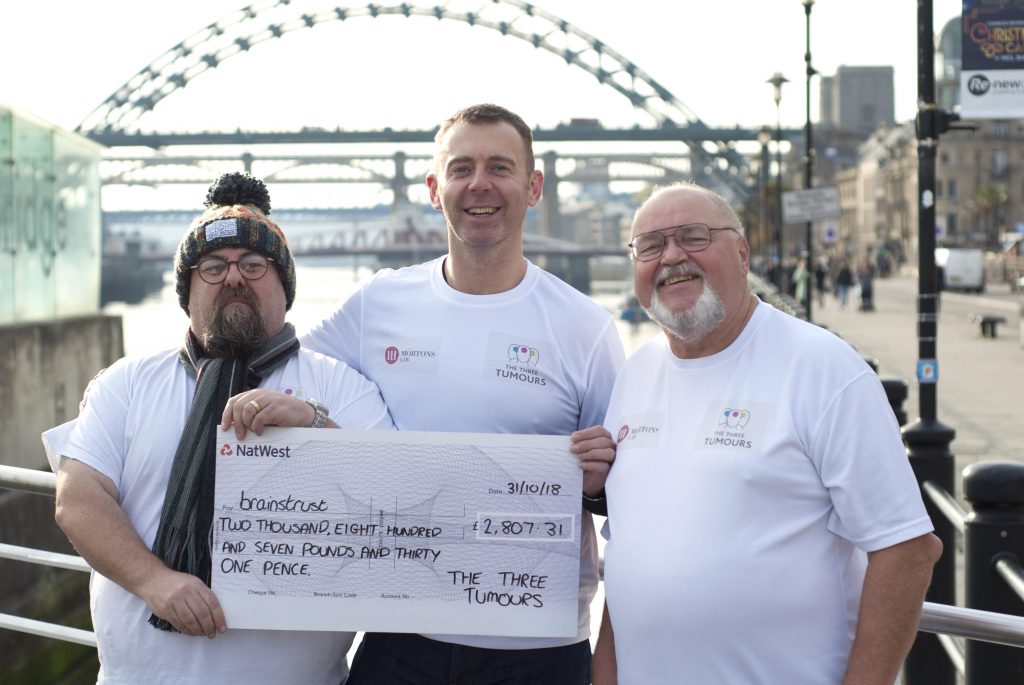 The funds raised by the group will help brainstrust support others living with brain tumours across the UK, through the provision of services such as our 24/7 helpline, brain boxes, Meetups and much more.

The group not only wanted to prove to themselves that they could complete the challenge, but also to inspire others. Ian says,

“Walking 84 miles along Hadrian’s Wall over the course of a week might not sound that hard-core to serious athletes, but some days we struggle to walk 20 metres as a result of our condition” “‘I hope we have done something for others, to inspire them to do something like this”.

Dan says, “Life is much more important than anything else we have. All we have done is catch it. We were supposed to be dead after 1 year. What we are doing here is catching life”.

Ian commented: “I have had brain cancer for the last seven years and been unable to work all that time. For the last five years, my time has been dedicated to numerous charities, including local community work and working with people affected by strokes.”

Following the completion of their trek along Hadrian’s Wall, the group have now decided to set up their own charity – The Three Tumours. Their aim is to support families in the North East who, like them, are dealing with a brain tumour diagnosis.

brainstrust look forward to collaborating with The Three Tumours in the future, and working together to support people living with a brain tumour in the North East. 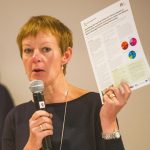 The brain cancer patient experience – why is it so hard to get right?Brain News, Charity News