We are first and foremost a brain tumour support organisation, but we know that good support stems from strong evidence. With this in mind, we work to embed patient experience and insight into clinical brain tumour research. Recently, we have been supporting a team of researchers on the BRAINatomy study; this aims to improve the outlook for children with a brain tumour.

The BRAINatomy study, led by the University of Manchester in collaboration with the St Jude Children’s Research Hospital (USA) and University of Groningen (Netherlands), aims to improve brain tumour treatments for children by learning which specific regions of the brain should be avoided during radiotherapy treatment. The research is led by Dr Martin McCabe in Manchester and Professor Tom Merchant at St Jude, and is funded by Stand Up to Cancer and Cancer Research UK through the SU2C – CRUK Pediatric Cancer New Discoveries Challenge along with support from brainstrust for patient involvement and engagement.

How the research works 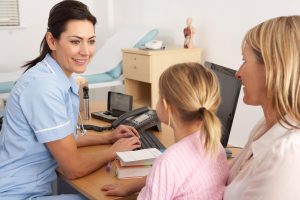 Precision radiotherapy is currently an essential part of the treatment of many paediatric brain tumours. However, even with improvements in the targeting of the radiation, these treatments can still cause lifelong side effects on cognition and hormone production. The BRAINatomy team is proposing to study the path the radiation travels in treating paediatric brain tumours, comparing pre- and post-treatment in order to link brain regions to long term side effects.

This project will allow the team to identify the healthy regions of the brain that are sensitive to radiation and involved in cognition and hormone production. This will develop an atlas of brain regions to be avoided during radiotherapy.

The role of brainstrust and patient involvement and engagement

brainstrust has worked alongside the BRAINatomy team to support the study goals and provide a patient focused perspective throughout the trial design. This ensures that patient experience, insight and perspective are reflected in all stages of the trial.

Two patient representatives, Josh and James, have shared their perspective and experience since being diagnosed with brain tumour at an early age. This kind of insight is invaluable in guiding research teams to consider how best to approach patients to participate in trials and new studies in the future and how to prioritise their needs during such a difficult time in their lives.

Ricky has been in touch with brainstrust for support and guidance throughout his family’s journey since his son was diagnosed with a brain tumour. Now, he is helping to put a spotlight on why this kind of research is essential by sharing his family’s story and what it meant to them to receive great care:

“Not long after Alexander’s 11th birthday, an ambulance was called to take our son to hospital having had a mild seizure, losing and gaining consciousness. Prior to being taken to hospital he was complaining of headaches and vomiting. This we assumed was another one of those school bugs doing the rounds.

I left work early Friday afternoon and rushed to the local hospital where we were taken to a room to be given the type of news every parent dreads to hear. A CT scan had shown a mass in the brain which was identified as a brain tumour. The local hospital arranged for him to be urgently rushed to Gt Ormond St to have the pressure relieved on his brain which was causing the symptoms. The next few days our world came crashing down around us. So many things were going around in our minds which basically reduced us to tears over and over.

After 3 days the doctors gave us some positive news and informed us the tumour was low grade. Following surgery to remove part of the tumour, we were offered either proton beam therapy or chemotherapy.

We discussed treatment options and weighed up the pros and cons of both with Gt Ormond St and at the time we were leaning towards proton beam therapy. We decided to attend a brainstrust symposium and spoke to experts and parents at the event to get their opinions of the treatments offered. This helped us to choose chemotherapy as it was clear the radiation leak in a young brain was potentially very damaging.

Alexander has now completed 18 months of chemotherapy, with a few operations and many tests along the way. It has been very stressful at times, but he has had amazing care from Gt Ormond St. and his local hospital. We’ve also had great support from brainstrust so we feel blessed and fortunate to get to where we are today. There will be more tests and scans coming for the foreseeable future, but Alexander continues to do well.”

The BRAINatomy team want to make sure that any child who has the misfortune of a brain tumour diagnosis has the best chance of a positive outcome post-radiotherapy by limiting damage to the brain and to cognition. This will improve their quality of life and reduce stress, anxiety and fear for both them and their loved ones.

If you would like to use your experience and insight to support clinical research, consider signing up to be a PRIME advocate for brainstrust.

If you or someone you love is living with a brain tumour and have any questions around this latest news, or want to access support, give us a call on 01983 292 405 or email hello@brainstrust.org.uk. You can also visit our little brainstrust website which features support for children affected by brain tumour. 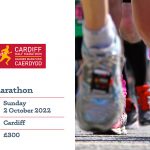 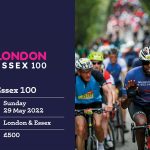