Oliver’s loving family have shared the story of their precious little boy Oliver, who was diagnosed with a brain tumour. Despite the tragedy of his story, Oliver was the smiliest, happiest and most courageous little boy. 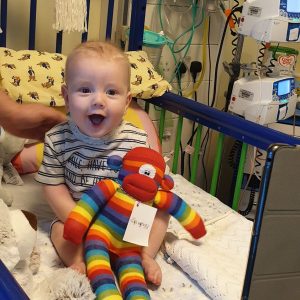 Unsettled by the issues with his eyes, we took Oliver to A&E. After being told by 2 doctors that there didn’t seem to be anything untoward, the 3rd triage doctor sent us to see the pediatric doctor. He took one look at Oliver and said that he wasn’t happy with what Oliver was presenting with, and booked him in for an MRI the next morning.

Oliver was diagnosed with a brain tumour on the 16th December 2019 at just 16 weeks old. Oliver had a full resection on the 19th December, to remove the the tumour, and was in theatre for 11.5 hours. This took place in Bristol Hospital for Children. Following the surgery, Oliver experienced some horrific seizures and after being heavily sedated for 12 hours, fortunately the seizures stopped. Oliver then was diagnosed with diabetes insipidus and was injected twice a day to enable the hormones in his body to act as they should.

As a family, we were then given the horrific news that the tumour was malignant but a diagnosis could not be discovered. After 4.5 weeks in Bristol Children’s Hospital, Oliver was transferred to Noah’s Ark Children’s Hospital in Cardiff, where he received numerous doses of chemotherapy. Oliver had a course of 12 chemotherapy treatments over 8 weeks. He then had high dose chemotherapy followed by a stem cell transplant.

During this time, Oliver was extremly poorly and was experiencing many side affects from the treatments. Some of these included VOD (Veno Occlusive Disorder), an extremely high heart rate, mucusitis, paraflu, norovirus and other ailments. Oliver was on an extreme amount of medication to contol his pain. Oliver had platelet and blood transfusions every day for 1.5 weeks to aid his recovery.

We, his mum and dad spent 5 weeks in complete isolation, and with the restrictions of COVID 19, his brother, or the rest of the family wasn’t able to see him. It was very challenging for us, but we ploughed through for our boy. On May 6th, Oliver was well enough to go home. He was heavily reliant on an NG tube for food, and copious amounts of medication.

We were able to get back to ‘normal’ with Oliver recovering well and still managing to smile.

Monday July 6th, Oliver received his first MRI scan results since the resection, 3 courses of chemo and high dose chemotherapy followed by a stem cell transplant. Unfortunately, we were given the devastating news that Oliver’s tumour has returned, but was now in a different area. The tumour was now incurable. We were given two choices, 1) To give him oral chemotherapy and have time with him, no matter how long or short and 2) To have the tumour removed, providing the neurosurgeon agreed.

July 14th we met with Oliver’s oncologist, and a radiologist from Velindre. As expected, radiotherapy/proton beam therapy wouldn’t be considered for Oliver due to being so young. Oliver’s consultant then confirmed that Oliver was booked in for surgery in just a few short days on July 30th. After surgery, Oliver would have oral chemotherapy, in the hope that it would stall any new growth, or at least slow growth down. They believed that the tumour would grow back again but there was always a chance it wouldn’t. We needed to give him that chance.

Even though histology was inconclusive, the tumour was extremely high grade and very aggressive. On the 17th July, we, as a family went on a caravan holiday to Newquay West Wales to enjoy some  time before the craziness of surgery started again. Little did we know, this would be our last holiday as a family unit.

On the 21st July, Oliver began to deteriorate rapidly. It was confirmed by his consultant that Oliver had a bleed to his brain which had caused a stroke. Oliver had lost the use of the right side of his body. His specialist nurse advised us that Oliver was now going to be receiving palliative care and the time we had left with Oliver was unknown. At 2:30pm, Oliver fell into a coma.

Oliver’s 1st birthday was celebrated the day after on Wednesday 22/7/20 with the fear that he wouldn’t be here for his actual birthday on the 29th August. We had the most beautiful day, spent with family and close friends. Oliver spent the day in the arms of those that loved him.

The day came to and end, and when our loved ones started to leave, Oliver’s little body was rapidly failing. At 23:55pm, Oliver passed away peacefully.

Life will never be the same again for us as a family. We miss him so so much. We miss his beautiful little smile and his belly laugh.

Oliver’s strength, determination and zest for life has encouraged us to carry on his legacy and make a difference to others and put smiles on faces in memory of our beautiful little Oliver who continued to smile, even through his darkest days.

Thank you for taking the time to read.
Zara, Nathan and Harley 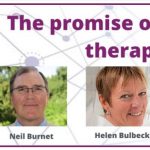 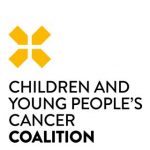