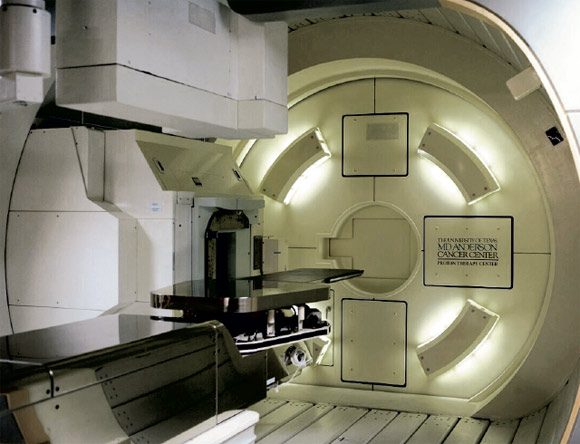 We’ve learnt today a little bit more about Goverment plans to improve radiotherapy services in the UK, with more from Andrew Lansley about plans for Proton Beam Therapy.

Up to £250 million will be invested in bringing advanced radiotherapy treatment to UK, and around 1,500 cancer patients a year will benefit from a cutting edge cancer treatment – Proton Beam Therapy – that will be available in London and Manchester, Health Secretary Andrew Lansley announced today.

Up to £250 million will be invested by the NHS in building Proton Beam Therapy facilities at The Christie NHS Foundation Trust hospital in Manchester and University College London Hospitals NHS Foundation Trust. The Department of Health have set aside public capital for this scheme. Birmingham has been mooted as a third centre, subject to “normal business cases processes and the views of the NHS Commissioning Board”. So potentially good geographical coverage. We like that.

Proton Beam Therapy is a type of radiotherapy, which uses a precision high-energy beam of particles to destroy cancer cells. The treatment is particularly suitable for complex childhood cancers, increasing success rates and reducing side-effects, such as deafness, loss of IQ and secondary cancers.

Given the complex nature of the treatment and facilities, Proton Beam Therapy won’t be fully available in England until 2017. Until then, the NHS will continue to fund patients in need of Proton Beam Therapy to go abroad – either to Switzerland or the USA. By 2014/15 the NHS will be spending £30 million per year sending up to 400 patients overseas.

Of this, brainstrust founder and Director of Services, Helen Bulbeck says ” We know that there is a lot of practical support needed when travelling abroad for brain tumour treatment, and having had experience of travelling abroad for brain tumour treatment, and with the support we’ve offered to many patients that have been overseas for their treatment, brainstrust is well placed to help these people, and their carers while the service gears up. If you need advice – simply all us, any time, on 01983 292 405″

“Developing a national proton beam therapy service is vital to ensuring our cancer facilities are world class. We have always said that it is patient outcomes which matter, and to get the best for patients we must always be looking to push the boundaries.

“In addition to improved success rates proton beam therapy reduces the side-effects which patients, particularly children, can suffer as a result of traditional forms of cancer treatment.

“Once this service is in place, The Christie and UCLH will boast unparalleled cancer facilities. It will mean more patients will be able to get this treatment, including those for whom travelling abroad for long periods is not possible.”

Andrew Lansley made a commitment to the programme in 2010 when he pledged over £50 million across the Spending Review period to allow up to 400 high priority patients to be treated abroad while we developed the business case to establish a national service here.

The Department of Health plans to introduce PBT services at The Christie and UCLH. The Department’s assessment shows this to be affordable and deliverable in the short term. The development of the service will be closely monitored and should further capacity be needed in the future, the preferred third site is University Hospitals Birmingham, subject to normal business cases processes and the views of the NHS Commissioning Board.

And what about brain tumour treatment?

We don’t know yet exactly how many brain tumour patients the new service will benefit, but believe you me, we’ll find out, and make sure it’s as many as possible! For more information, you can call brainstrust on 01983 292405, or email hq@brainstrust.org.uk