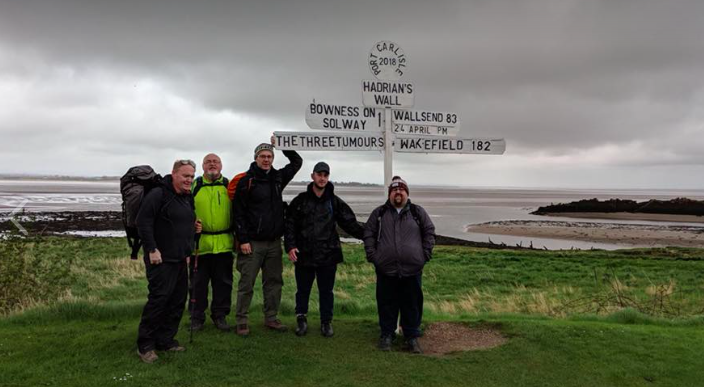 The team started their walk at Bowness-in-Solway on the West coast and trekked 84 miles along the length of Hadrian’s Wall to finish on Wednesday 2nd May at Wallsend, Newcastle.

The four men from the North East know all too well what life is like with a brain tumour, having all been diagnosed with aggressive and incurable brain tumours.

Walking against the odds 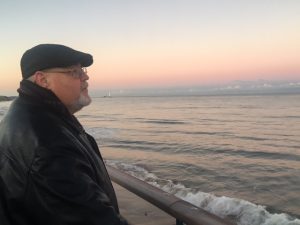 They said, “We have all had to learn to live with ongoing issues as a result of our brain tumours, ranging from the risk of having another seizure to balance, sight and speech problems, or in Dan’s case losing the use of his right side. But this doesn’t mean we’re housebound”.

Walking to inspire others

The group not only wanted to prove to themselves that they could complete the challenge, but also to inspire others. Ian says,

“Walking 84 miles along Hadrian’s Wall over the course of a week might not sound that hard-core to serious athletes, but some days we struggle to walk 20 metres as a result of our condition” “‘I hope we have done something for others, to inspire them to do something like this”.

Dan says, “Life is much more important than anything else we have. All we have done is catch it. We were supposed to be dead after 1 year. What we are doing here is catching life”.

Ian commented: “I have had brain cancer for the last seven years and been unable to work all that time. For the last five years, my time has been dedicated to numerous charities, including local community work and working with people affected by strokes.”

The recipe for success

And the key to success? It would seem to be the combination of good humour, Graydon’s singing, and looking out for each other. “We all looked after each other, it makes a big difference”,

Having conquered the length Of Hadrian’s wall, the group now feels well qualified to comment on the ultimate downfall of the empire, “the Roman empire would have been successful if they weren’t wearing sandals”. 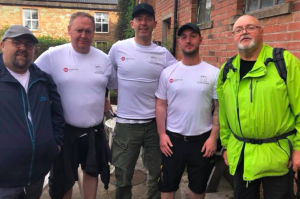 And what’s next? Watch this space, but the group is quick to add that they are looking forward to a few days off from walking.

At the time of writing, Ian, Dan, Graydon and Richard have raised an incredible £7,7000 towards their £50,000 target. The money is to be distributed between UK brain tumour charities to help people with incurable brain tumours live a better life, and to support work that keeps people living with the disease engaged with work and their communities.

‘Someone in our position sitting in a house, and they don’t know what to do next, to set a challenge for themselves that they can conquer. The main things is that all of this… is that it’s good to have a purpose. Everybody loses their self worth at this point. Setting yourself a challenge and completing it gives you purpose’

To read more, or to show your support for this incredible team, visit https://uk.virginmoneygiving.com/Team/thethreetumours 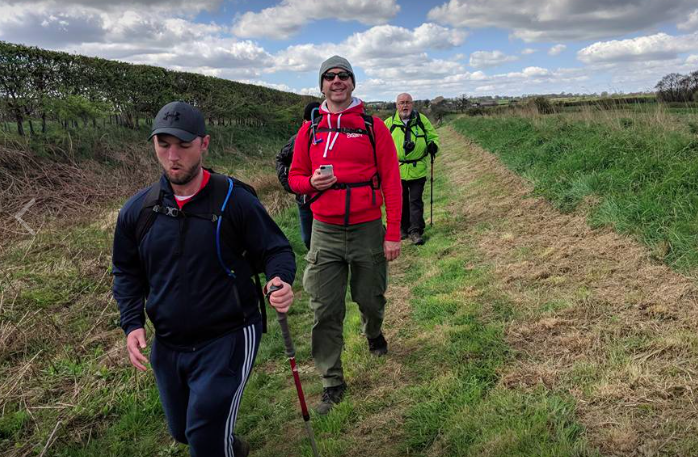 (Front to back) Dan, Graydon, and Richard 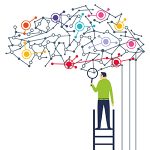