An awake craniotomy is an operation performed in the same manner as a conventional craniotomy but with the patient awake during the procedure. This is a preferred technique for operations to remove lesions close to, or involving, eloquent (functionally important) regions of the brain. This allows us to test regions of the brain before they are incised or removed and allows us to test patient’s function continuously throughout the operation. The overall aim is to minimise the risks of such operations.

How is an awake craniotomy performed?

There are different techniques but the most commonly used here is described. In the anaesthetic room you will have a drip inserted with some drugs that make you feel comfortable and relaxed. In theatre, the neuronavigation system will then be used to mark out the incision and a very small amount of hair shaved along the line of the incision before it is cleaned with antiseptic solutions and then local anaesthetic is inserted around the incision. This will sting a little for a few seconds and then go numb.

Some drapes are placed around the wound but you will be able to see the anaesthetic team and talk to them and be able to move your arms and legs freely during the operation. The operation then continues and you will hear some noises and the drilling sound briefly.

When the brain is exposed we will perform a procedure called cortical mapping. This involves stimulating the brain surface with a tiny electrical probe. If we stimulate a motor region of the brain it may cause twitching of a limb or your face; a sensory area will cause a tingling feeling; the speech areas will prevent you from speaking very briefly. By mapping out the important regions of the brain first we can aim to avoid and protect them during the operation. Whilst we remove the tumour we will continuously test your function, and if anything changes we will be able to stop.

This does not eliminate the risks of surgery but does likely reduce them.

After the tumour has been removed, all bleeding is stopped, the dura is closed with sutures, the bone is replaced with 3 mini-plates and the scalp is closed. The skin is closed with staples, the wound is dressed and often a head bandage is applied.

What happens after surgery?

Post-operative recovery is generally much quicker as you will not have had a general anaesthetic. You will likely only have a single drip and will not have any other lines or a catheter. You can eat, drink and move as soon as you feel able to and will be able to be discharged on the same day as your operation or the following day if you are able. If you are having day-case surgery you will need a CT scan of the head 4 hours after surgery and can be discharged 6 hours post-op provided all is well.

What happens after discharge?

After any major operation it takes a few weeks to recover fully. For the first couple of weeks you may have some headaches that you should be able to control with simple painkillers that you will be given. You will feel more tired than usual and will need to rest when you feel tired. However, you should do a little more simple exercise each day such as taking walks.

Want to see an awake craniotomy being performed by our Patron, consultant neurosurgeon Paul Grundy? Then Channel 4 Surgery Live is worth watching. It is highly informative and will give you a good idea of what an awake craniotomy entails, but it does come with a health warning. It is neurosurgery in all its glory so if you are squeamish or may not like the thought of this being done to you then you are probably better off not watching it.

It is broken down into four sections:

In April 2019 there was a programme about brain surgery on BBC2 called ‘The Edge of Life’. It was filmed at the QE Hospital in Birmingham and you may find it interesting or useful to watch. 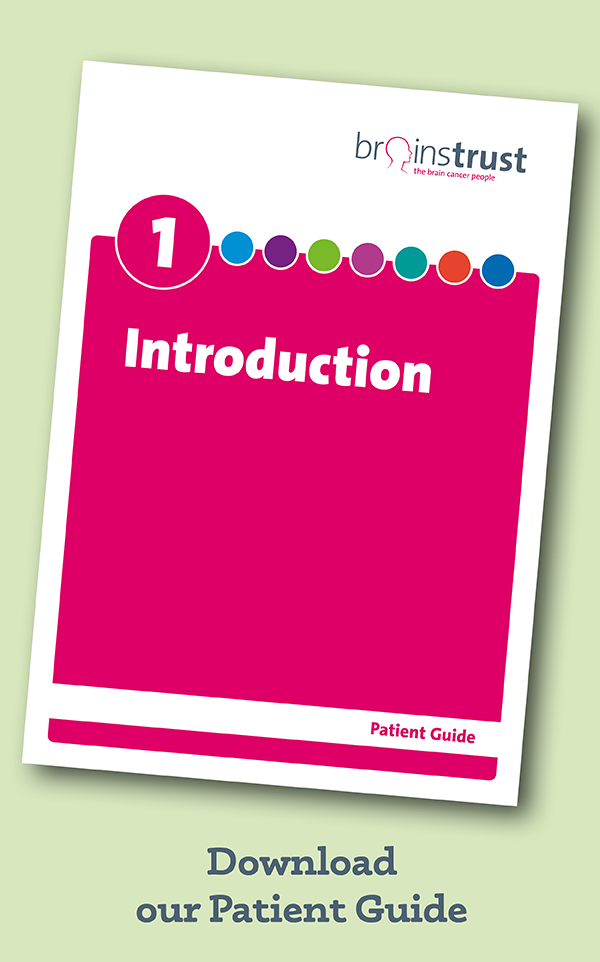 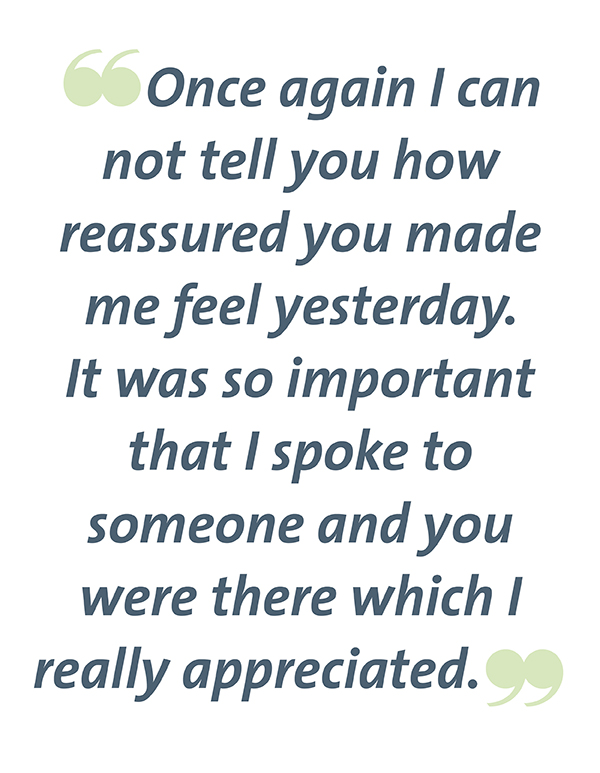 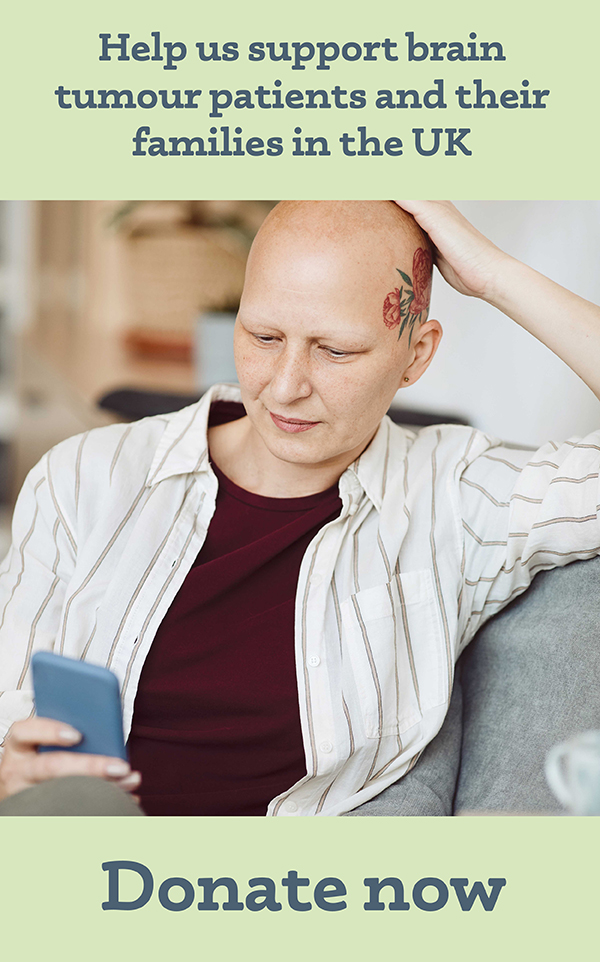 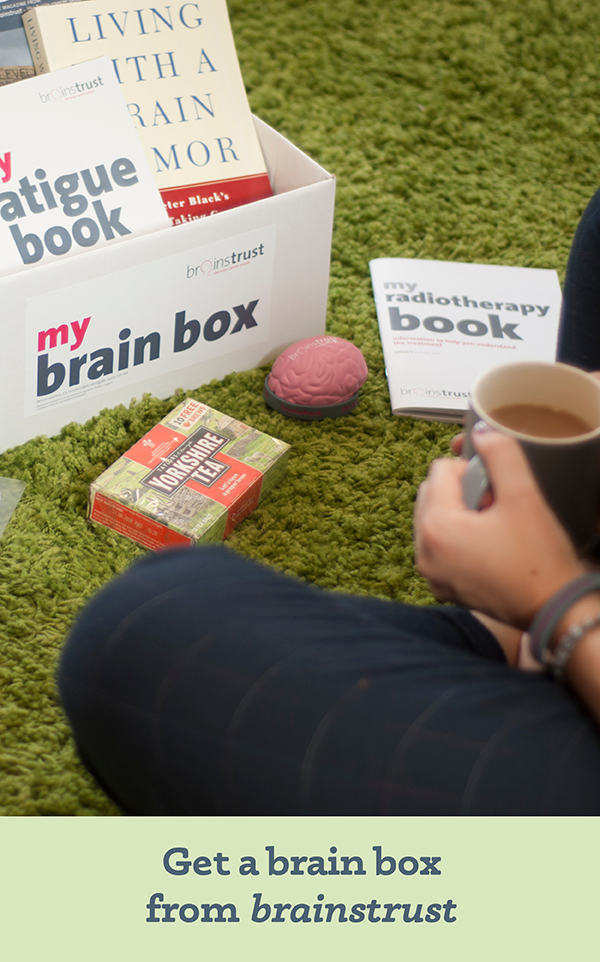 The Brain Tumour Data Dashboard lets you explore up -to-date, population level data about the brain tumours diagnosed in England between 2013 and 2015.  Using the drop down menus on the left you can select different groups of patients to view in the charts below. In these charts the number of patients for every 100 diagnoses is displayed as images of people. Patients have been grouped by date of diagnosis, type of tumour, age, gender, and region in England.

For each group of patients you can explore the different routes to diagnosis, the proportion of those who received chemotherapy or radiotherapy, as well as the survival of the patients within each group.  For more information about what these metrics mean please see the glossary.

Public Health England has grouped the data like a branching tree. The bottom of the tree contains all the patients with brain tumours, and then each branch divides the data by a certain characteristics, like age, or location of tumour. But the data is divided in an order, starting with location of the tumour (endocrine or brain), then by age, region, and gender.  Age is at the start because it makes a bigger difference to survival rates and treatment rates than gender or region. Sometimes, after the data has been split by type of tumour and age, there is not enough data to be split again. This is because to protect patient confidentiality groups cannot contain less than 100 patients. Because some groups cannot be split further, you cannot create ‘totals’ for everyone by region or gender. For example, you cannot see results for all ages by region, or all brain tumours by gender.  If these totals were calculated and released, it might be possible to identify patients, which is why Public Health England cannot release this data.

If you need help using, or understanding this tool, or want help on living life with a brain tumour,
then please feel free to call brainstrust on 01983 292 305, or email hello@brainstrust.org.uk